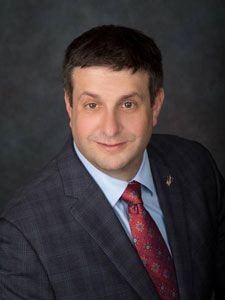 Mastagni Holstedt, A.P.C. is pleased to announce that Howard A. Liberman has joined the firm’s Labor and Employment Practice, as the Los Angeles Office Managing Attorney.

Howard has been practicing law since 1992 and began his legal career in the United States Navy as a member of the Judge advocate General’s Corps. He served on active duty for five years as a defense attorney, prosecutor and Assistant Staff Judge Advocate to the two-star admiral. Howard affiliated with the Navy Reserve serving as a defense attorney, legal assistance attorney, appellate defense counsel, and executive officer. In 2014, he retired from the Navy with the rank of Commander.

In 1997, Howard began practicing public sector labor law focusing his civilian practice on labor and employment, with an emphasis on public safety disciplinary defense and collective bargaining. For nearly two decades, Howard has successfully litigated numerous appeals of administrative discipline in both the Superior Court and the Court of Appeal on behalf of police officers and firefighters wrongly accused of misconduct throughout California.